Conor Murphy was just another stable hand working for a man who trained and raced horses. After watching his boss work with a number of different horses, he realized that one of those creatures stood out amongst the rest.

When he heard that his boss entered the horse in an upcoming race, he sat down and decided how much he could afford to bet. 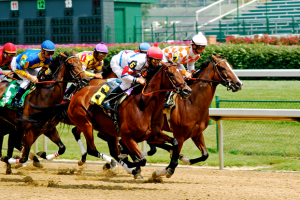 Just a few months before the race, he put down $75 on the animal and hoped for the best. His bet also covered the other four horses owned by his boss, which led some to question if he even looked at the odds. The odds of all five horses finishing in the top spots was slim to none.

Many people don’t realize that betting in advance can increase the odds of winning. With three months to go before that race, Murphy didn’t know if the track would disqualify the horse based on any issues or if the horse would even be healthy enough to run the race. When race day finally arrived, Murphy walked away with a check for $1.5 million, proving that betting on his boss’s horses was a smart idea.