The World Series of Poker (WSOP) 2014 has concluded and it was as exciting as previous years, if not more. Every year something new happens at the many events at WSOP that make the event stand out from the previous years. This year it was the Main Event winner who added unique elements to the WSOP 2014. 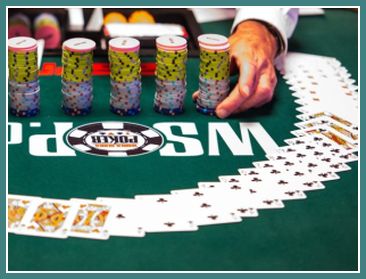 All events at WSOP lead to the Main Event Final Table. It is the coveted table where all poker fans want to be at least once in their lifetimes. Some to play and others to witness the poker greats play their best or worst. However, it always culminates in a great finale.

Martin Jacobson was the winner this year at the WSOP Main Event. He won his first WSOP bracelet (yes, first) and $10 million in prize money. No one believed that this quiet poker player from Sweden who was yet to win a big poker tournament could be the winner at the Main Event at WSOP. However, Martin Jacobson proved everyone wrong and played his best game till date.

Interestingly the last three remaining players at the finals table were all Europeans. Jorryt van Hoof from the Netherlands and Felix Stephensen from Norway were the last players remaining along with Jacobson. However, the final two were Jacobson and Stephensen.

Felix Stephensen seemed to be playing a good game but somehow Jacobson kept on winning the hands that mattered for him. At last Stephensen couldn’t survive and Martin Jacobson became the winner of the biggest poker event in the world today.

The WSOP 2014 was a huge success as it has been since its inception many decades ago. The 2014 event was in the news before it began for the prize pool. The amount, which was billed at $200 million, was the biggest so far in any WSOP event. There were 65 events where gold bracelets could be won. It was held again in Las Vegas at the Rio Hotel and Casino and drew huge crowds. The event happens every year and each year the glamour factor at WSOP seems to attract more people.