The only area in China with legalized gambling, Macau is booming, betting analysts say. Gambling has been allowed in the former Portuguese colony since the 1860s. It has changed a lot of course, transforming from the small-time card rooms and gambling venues run by criminal gangs to a world class gambling center rivaling even Las Vegas and Atlantic City. Macau gambling venues reeled in more than $37 billion in gross casino revenue in 2012. That reprints more than five times the revenue generated by Las Vegas casinos in 2012.

Macau is close to mainland China and Hong Kong. It takes an hour, or so, to get to the Oriental Las Vegas from those places. That means some 14 million tourists came to the waterfront city during the first six months of 2013 looking for fun and casino action along the ornate and well-developed casino strip. Of those visitors, the latest Chinese Statistics and Census Bureau accounting found more than 85 percent came from Hong Kong, Taiwan and the Chinese mainland.

While gambling has become the name of the game in Macau, it comes with a downside. True, Macau residents have reaped the rewards of better jobs and living conditions. However, the new money and conditions have created soaring living costs. Social welfare systems have been stretched while transportation and health care services have to been improved. Property has become more costly to buy meaning smaller businesses have been pushed out of the marketplace and some residents even have had to declare bankruptcy. some residents have been forced to move away from Macau or share housing. 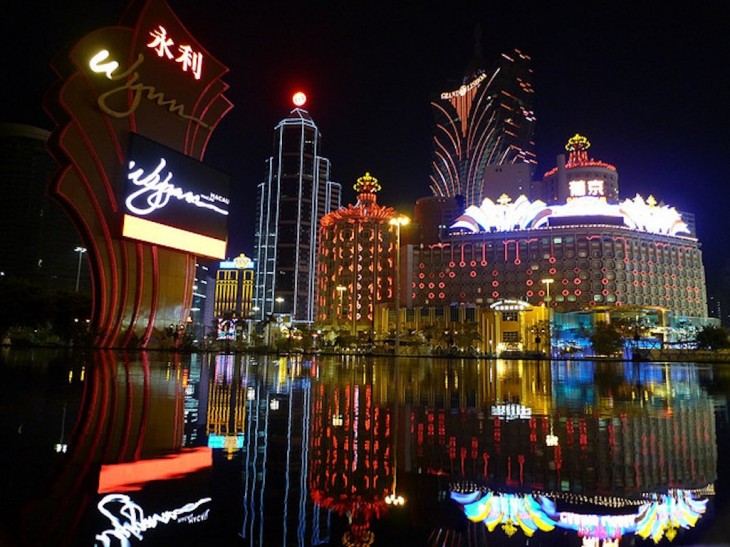 Some gambling analysts call Macau a Las Vegas on steroids. The Macau Gaming Inspection and Coordination Bureau said gambling revenues in July 2013 had increased some 20 percent over the month before while 2013 gambling revenues were rubbing 15 percent greater than the same period in 2012. July 2013 Macau gambling revenues were around $3.5 billion, or MOP$29.5 million. Even though China’s economic growth has slowed in 2013, tourist and gaming traffic in the island showcase has continued strong, analysis added.

The number and quality of Macau gambling venues is projected to rise. Gaming magnates are putting in $25 billion worth of new projects. That translates into 30,000 more workers and a projected $5 billion in additional gambling revenues moving forward, experts say.