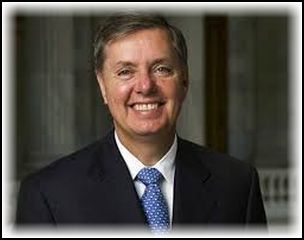 The Restoration of America’s Wire Act mentions the fact that President Barack Obama’s administration legalized online gambling for American citizens four years ago. According to a statement made by an Obama spokesperson in 2011, online casinos and digital casinos were considered legal if people were gambling at online casinos that maintained headquarters in the same state they lived in. And, to the delight of sports betting agents in Las Vegas, President Obama also legalized online sports betting.

Senator Graham released a statement explaining his position on United States-based online casinos. Graham believes that online casinos are a safety hazard for American citizens, mainly because any cell phone or laptop now doubles as a highly addictive video poker machine. Graham cited statistics that linked gambling addiction with access to poker machines in his home state of South Carolina.

The other Republican supporter of the Restoration of America’s Wire Act is Marco Rubio, a Senator from Florida. Rubio argues that online casinos are often frequented by hackers who are only interested in defrauding good citizens. The Florida Republican also says that the government should be responsible for providing more Internet safeguards to protect people from the pitfalls of gambling addiction.

Currently, digital casinos exist in New Jersey, Delaware, and Nevada. Other states are intrigued by the potential that online gambling offers from a tax revenue standpoint. Graham and Rubio want to pass legislation before other states endanger their citizens.